It is mid-April 2019 and I have just returned to the United States from two-weeks in Volterra where I was privileged to participate in my third reality capture workshop there. The Volterra-Detroit Foundation Reality Capture Workshop 2019 featured our largest group yet with over a dozen enrolled participants, nearly as many guests and family members and several other visiting participants including experts and vendors (Cintoo, Leica, Faro) in the reality capture space who shared their expertise throughout our stay. 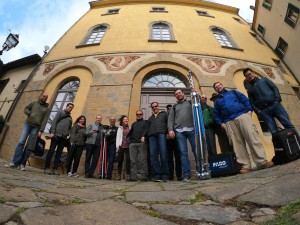 While our efforts over the two-week workshop can only be described as an unqualified success, our return to homes scattered across the globe was dampened by the news of the tragic destruction by fire of the iconic Notre Dame Cathedral in Paris. After spending the last two weeks marveling at centuries of history layered atop one another in the breathtaking monuments that we had the privilege to scan, photograph and digitally recreate in and around Volterra Italy, knowing that another priceless monument and marvel of architectural and engineering achievement that took over a century to build could be reduced to ruins in an afternoon is nothing short of heartbreaking. And while this can only be seen as a tragedy beyond words, I am grateful to learn that several portions of the structure including the bell towers, most of the vaulted ceilings and the famed rose windows have survived. And I am also confident that she will be rebuilt. But as a lifelong student of Architecture and history, I cannot help but be deeply saddened by this terrible tragedy. 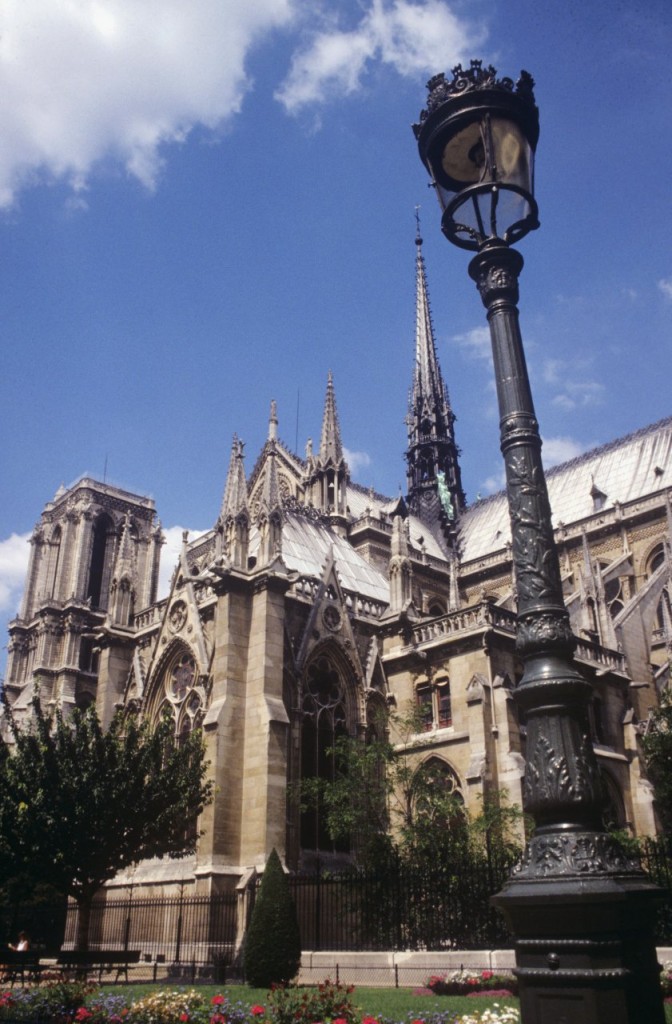 Notre Dame taken during my visit in 1989

When we held the first Reality Capture Workshop in Volterra in 2016, our goals were modest and focused almost exclusively on its immediate educational aims. The workshop would provide hands-on access to tools and equipment used in modern reality capture techniques. This includes photogrammetry (the process of using several photos to create a 3D model), laser scanners (devices that use laser light to measure and record millions of points in a 360 sphere around the device, when combined together with other scans in different locations create an accurate “point cloud” of an existing 3D form) and unmanned aerial vehicles (UAV) or drones to record and compile 3D models by flying several passes over a monument or site. In each of the workshops, all of these techniques and the related software tools used to facilitate them have been showcased and made accessible to participants in a first-hand, hands-on way. 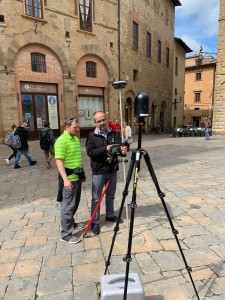 With each year that passes and each new workshop, I feel that we have expanded our goals and come to see even greater value in the work we are producing. After three years of running this workshop, we now have data on many of the most significant sites in and around Volterra as well as some sites outside the city. Volterra is a very special place that boasts exquisite examples architecture and art from pre-Etruscan, Etruscan, Roman, Medieval and Renaissance times. One of the most iconic examples is the Porta all’Arco (the Etruscan Arch), which remains intact and is still one of the major entrance points to the walled city. We have scanned this monument each year and will continue to do so in future visits. Over time, this will allow us to make comparisons by overlaying the various scans atop one another and performing analysis to see if there is any noticeable shifting or erosion taking place. 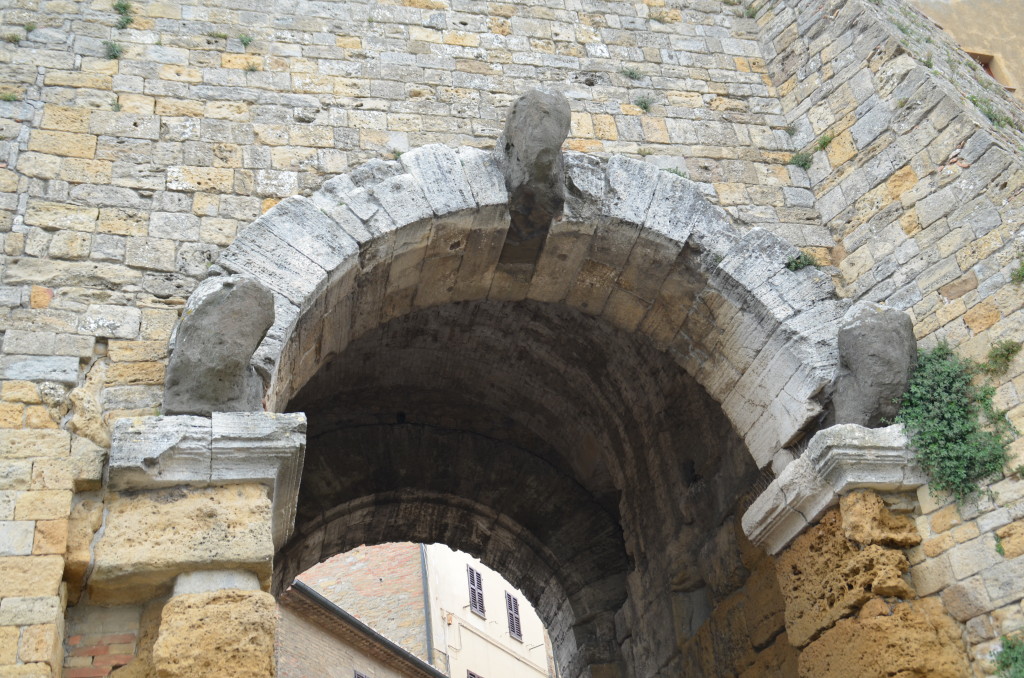 We also were granted the opportunity to scan inside the nave of Volterra’s cathedral. The Cattedrale di Santa Maria Assunta is currently closed while undergoing a major renovation. Part of the work involves reinforcing the roof structure to shore it up from settling and other damage that has taken place over the centuries. Each column sits atop its own foundation and over time they have shifted independently. Such variances appear slowly and are often missed by casual observation, but can become quite evident in laser scans. We hope that the scans we have done will prove as useful documentation in the important ongoing work to maintain and enhance the cathedral. 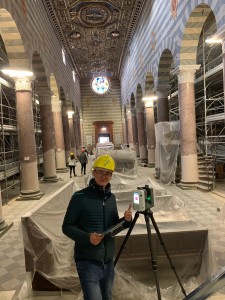 Scanning the nave of the Cathedral of Santa Maria Assunta 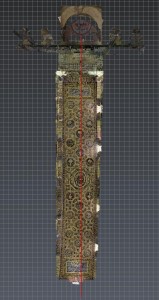 Scan looking at the ceiling 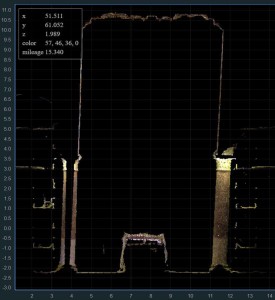 And while this kind of work is compelling and exciting, perhaps the most exciting project that our team was privileged to be part of was the scanning and flying of a newly discovered site of a Roman amphitheater just outside the city walls. Discovered only a few years ago by a team of Italian archaeologists, this one of the most significant archaeological discoveries in a century! They have not begun unearthing the site yet, but work is set to begin in the next several months. The scans that our team have done will be a useful tool for the engineering and archaeological teams leading this important project. 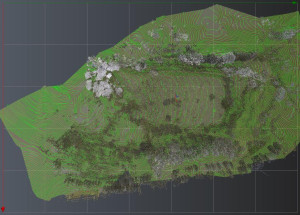 While we have always promoted many ideas (including those noted here) of how the reality capture work we are doing in Volterra could be used, the tragic fire at Notre Dame underscores how important work like this really is. While none of us wish to ever witness that kind of destruction to an irreplaceable monument to human achievement ever again, sadly we know that it is likely to occur again at some point. Therefore, having accurate documentation of these priceless and unique monuments to our shared history not only educates us on the past but also provides an invaluable tool that can assist in efforts to rebuild when it becomes necessary.